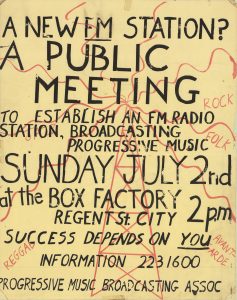 In 1978 ABC FM was the only FM broadcaster in Adelaide. ABC decided to restrict itself almost exclusively to the classical end of the music spectrum, and progressively axed most of its more innovative, modern and experimental programs. Many people who bought FM receivers to hear progressive contemporary music were angry. The axing of Rocturnal was the final straw.

A community meeting was held on Sunday July 2 at the Box Factory Community Centre and was attended by over 250 people. Following this, a meeting of 40 people took place at the SA Media Resource Centre. This group decided to form an organisation to apply for a license to broadcast “progressive” (that is non-commercial, contemporary) music. 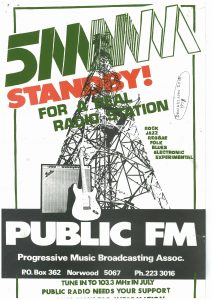 In August 1979, Don Dunstan promised a $62,000 “seeding” grant to buy equipment. An additional $10,000 Film Commission grant virtually guaranteed the success of the license application. By September 28 the PMBA was incorporated.

From the beginning the PMBA was based on the principle of participatory democracy, with the management as democratic as possible, with ultimate control remaining with the membership. The PMBA was offered a broadcasting license on October 5, along with 5UV and 5EBI. The callsign, 5MMM, was selected on November 16, with the first test transmissions starting from December 17.

Regular broadcasting began at midnight, December 21, 1979. The first music heard on Triple M was a version of Tomorrow Never Knows by 801 Live, then Turn Up Your Radio by the Masters Apprentices. The first voice to be heard was that of Mandy Salomon whose brief introduction conveyed the incredulous excitement of the 500-strong crowd of supporters celebrating outside the studios. The on-air launch by Premier Don Dunstan followed – Adelaide Radio Lived Again! 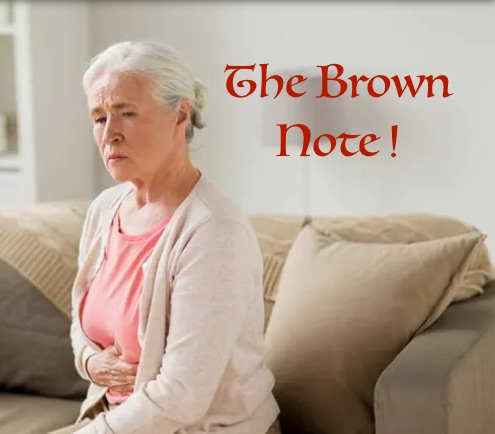 Unearthing musical gems that have fallen through the cracks like a small kidney stone. 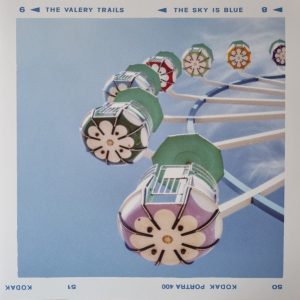 THE VALERY TRAILS – The Sky Is Blue 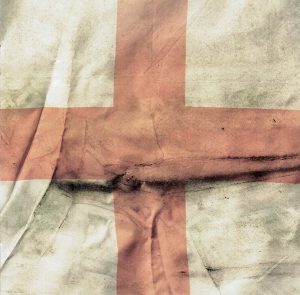